Since last posting to this random recollection of the beginning years following the formation of the Veterans' Project, i.e. the Fairview Heights Irrigation District,  more of these veterans who were part of this endeavor have died, including my husband, Charles Lincoln Finch.

I have many personal recollections of the thirty-six years we lived at the foot of the mountain, where the big barn is located, and of the people who created this magical acreage by stint of hard work and enthusiasm, and these I will try to record elsewhere.

However, the nuts and bolts of the formation of the community on the Cawston Bench seems to have been lost with the passing of the Veterans.

I read in the Penticton Herald of a ceremony and plaque recognizing the beginning of the West Bench, accomplished by a similar government effort to place Veterans on Small Holdings. 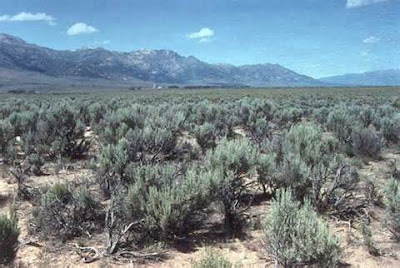 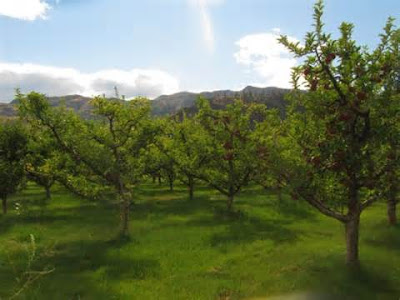 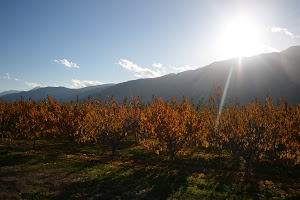 We have been a long time lamenting the fact that there is no written record of the decades when the Fairview Heights Irrigation District was the home to Veterans of the Second World War.
They were the ones who turned the dusty sage brush flats into a land of fragrant orchards and tender greenery, and they did it with courage and commitment. These few small posts will tell some of their stories.
'They got the power of the sun
and the strength of the soil
Finding peace in their hearts
and faith in their toil' 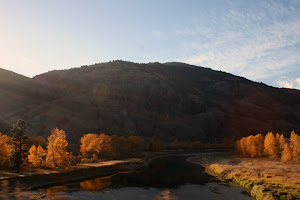 The Man Born to Farming by Wendell Berry
The Grower of Trees, the gardener, the man born to farming,
whose hands reach into the ground and sprout
to him the soil is a divine drug. He enters into death
yearly, and comes back rejoicing. He has seen the light lie down
in the dung heap, and rise again in the corn.
His thought passes along the row ends like a mole.
What miraculous seed has he swallowed
That the unending sentence of his love flows out of his mouth
Like a vine clinging in the sunlight, and like water
Descending in the dark?

Hildred
We lived at the back of our son's horse pasture and had a wonderful view of the Similkameen Valley. Then we moved to town, and although we still lived in the same beautiful valley we saw it from a different perspective, and sometimes telephone wires get in the way. Hildred writes Daybyday, Charles wrote From the Back Pasture. He was writing at great urging from the family to record some of the stories of his life and his family memories. We had reached the point in our lives where we had time to appreciate the beauty of each day and were happy we had the energy to enjoy it. In 2012 we celebrated our 67th wedding anniversary, but then I lost my darling husband when he fell and broke his hip, and did not recover from the resulting surgery. Life has changed for me considerably...... Off to the side - a Garden Diary to keep track of what happens Down the Garden Path. And a Recollection Blog, to keep alive the memories of our families.